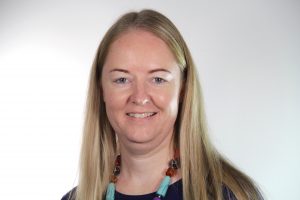 Senior Lecturer in International Relations at the University of Manchester

Dr Jess Gifkins is interested in how international relations are enacted on a day-to-day basis. Her research centers around two different themes. First, decision-making within the United Nations, where she has researched legitimation practices, penholding, sanctions, and peacekeeping within the UN Security Council, and early warning mechanisms within in the UN Secretariat. Second, the implementation of the ‘responsibility to protect’ (or ‘R2P’, as it is known) where she has researched language, case studies on conflicts in Darfur, Libya, and Syria, and the relationship between persecution of LGBTQI+ people, hate crimes, and atrocity crimes.

Jess was Associate Editor of Critical Military Studies from its founding in 2013 until 2020, and she has been on the Editorial Board for the Global Responsibility to Protect journal since 2020. She was Co-convener of the British International Studies  Association Working Group on Intervention and the Responsibility to Protect (2016-2018), and Co-Chair of EISA Section ‘A Palace of Hope? The Prospects, Fragilities and Legitimacy of the United Nations‘ in 2018.

She did her PhD within the Asia-Pacific Centre for the Responsibility to Protect at the University of Queensland, where she retains a position as Honorary Research Fellow.